Annually, Katrina delivers Thanksgiving meals, coats and blankets to Pittsburgh’s homeless community as part of “Get Stuffed with Love”.  As a third grader, Katrina was at a community meeting where she continuously tugged on mom for her attention.  Given the opportunity to speak to the group, Katrina mentioned her concern for the homeless people in Pittsburgh.  With harsh, cold winter, Katrina wanted to make sure they weren’t left with inadequate clothing.  Katrina received generous donations of warm blankets and coats, along with $500 from her mom. They drove around Pittsburgh in a Police van on Christmas Eve that year, delivering their gifts to the homeless.  Her act of kindness has brought tears to the eyes of many homeless, mostly men, for the past three years, as she continues to make this her annual project.  She doesn’t stop there; any blankets and coats she has left after she’s reached out to the homeless, she donates to the Light of Life Mission.  Through her kindness and generosity, Katrina has brought warmth to so many people. 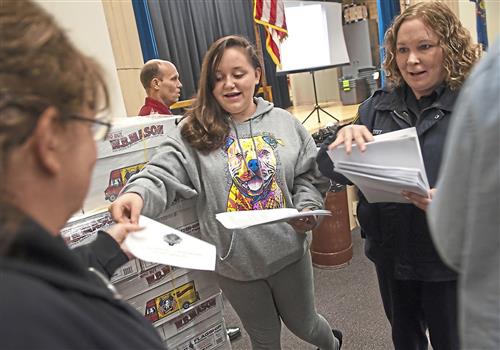 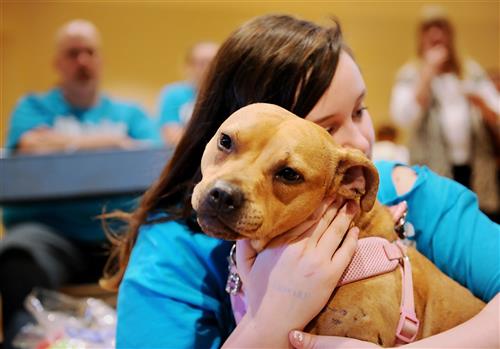 (Photos courtesy of the Pittsburgh Post-Gazette)