Pittsburgh-raised researcher wins Nobel Prize in economics with 2 others

STOCKHOLM — Three U.S-based economists — including one raised in Pittsburgh — won the 2021 Nobel prize for economics on Monday for pioneering research on the labor market impacts of minimum wage, immigration and education, and for creating the scientific framework to allow conclusions to be drawn from such studies that can’t use traditional methodology.

Joshua Angrist, 61, from the Massachusetts Institute of Technology and Dutch-born Guido Imbens, 58, from Stanford University were awarded half of the prize.

As described in a Pittsburgh Jewish Chronicle profile, Angrist was raised in Pittsburgh, graduating from Allderdice High School after attending Wightman School and Linden Elementary School. His parents are Stanley and Sarah Angrist and he grew up in Congregation Dor Hadash in Squirrel Hill. 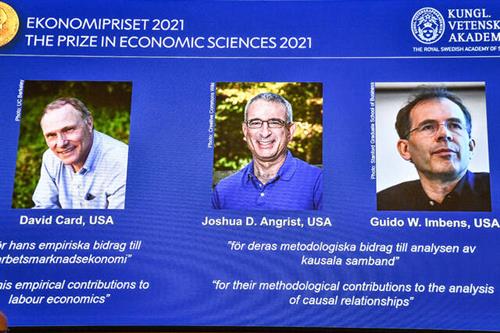